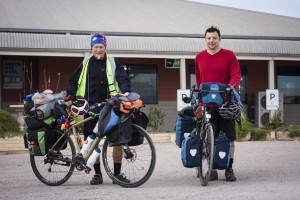 A few weeks ago, the team here at Border Village Roadhouse became aware of two Sydney-siders, Erich Hoffman and Rashid Khallouf who planned to ride their bicycles from Perth to Sydney to raise funds for Lifeline Australia (to read more about the beginning of the journey, click here).

Erich and Rashid set off on Saturday, 2 September as planned, however, since then, constant mechanical issues plagued Rashid’s bike which eventually resulted in the ride, for him, being unsafe. The tough decision was made by both Erich and Rashid that despite his determination to keep going, there was no alternative but for Rashid to turn back and allow Erich to ride on alone. 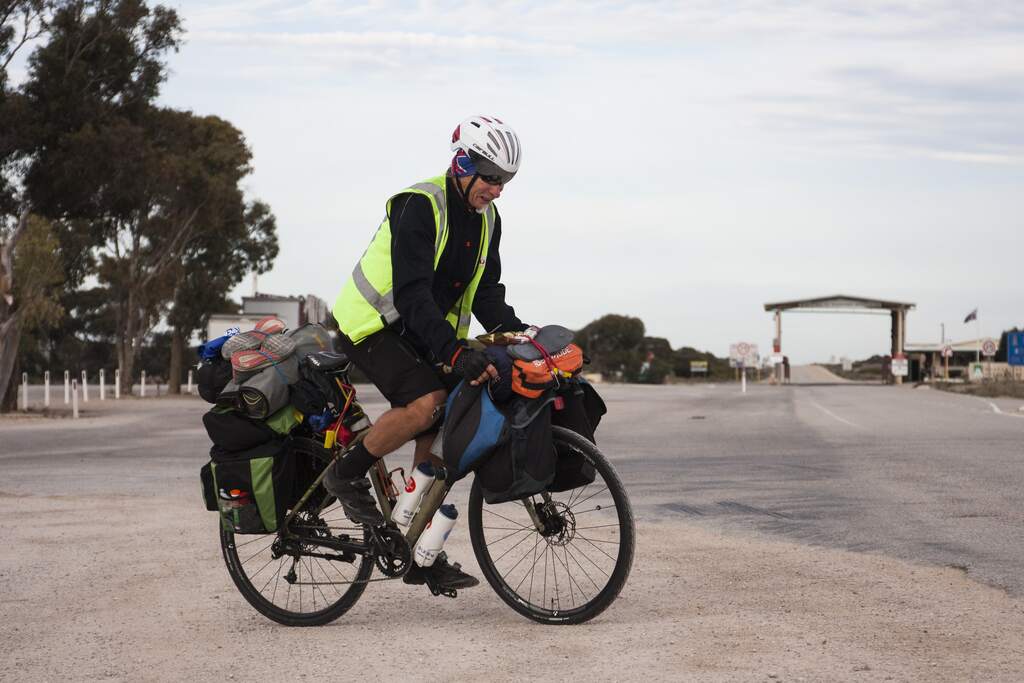 We have been following Erich’s progress and were so excited when, on the afternoon of Thursday 14 September, Erich, pedalled across the border and here to us! From Perth, Erich has cycled 721 kilometres in just 12 days.  Erich arrived with, Ash Nurick, a new riding mate he met along the way!  Ash has been planning his ride for almost 10 years, and met Erich by chance along the way!  Both men arrived in great spirits, and our staff members, Diane and Ricky said they have never seen anyone so happy about a bed and a shower! 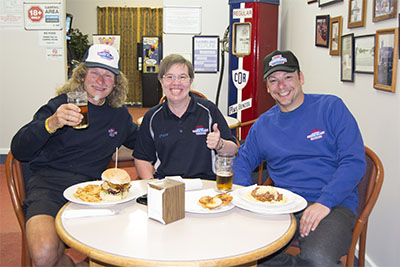 Diane and Ricky joined Erich and Ash for a hot meal in the evening and discussed the highlights and challenges of the journey so far.

Erich has kept a positive attitude and says “it is challenging! Sometimes it is brutal, it’s hard and it’s tough, but then I think about why I am doing this, for Lifeline and for people suffering with mental illness and I know I’ve got it easier than them, and that in a few weeks I will be back home.” 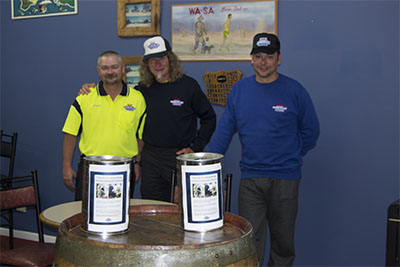 The highlight for Erich and Ash has been the kindness of strangers.  They have been fortunate to meet people along the way who have offered food, water and encouragement.  They have also met others who are on similar missions, like Matty, who is walking from Perth to Ipswich for a Children’s Hospital, and Sue, who is walking from Melbourne to Geraldton for Alzheimer’s disease.  Erich says “meeting so many wonderful, generous and kind people restores faith in humankind”. 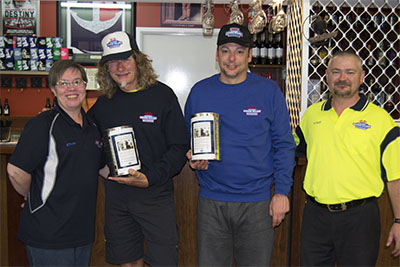 Erich and Ash told us:
When you are out there the only thing man made is the bike and the road! There is plenty of time to see the natural beauty around you, plenty of time to think.. and another good thing is you can eat whatever you like and still lose weight!!

Their advice for anyone thinking of taking on this challenge is “you must have good equipment and gear, you must do your research and plan well, be safe and think ahead, then get out there and do it!”


So far, Erich has raised $5,248.62 for Lifeline Australia.  If you would like to support Erich on his journey, please visit https://give.everydayhero.com/au/perth-to-sydney-on-bicycle Alternatively, donation tins are available at Border Village Roadhouse. 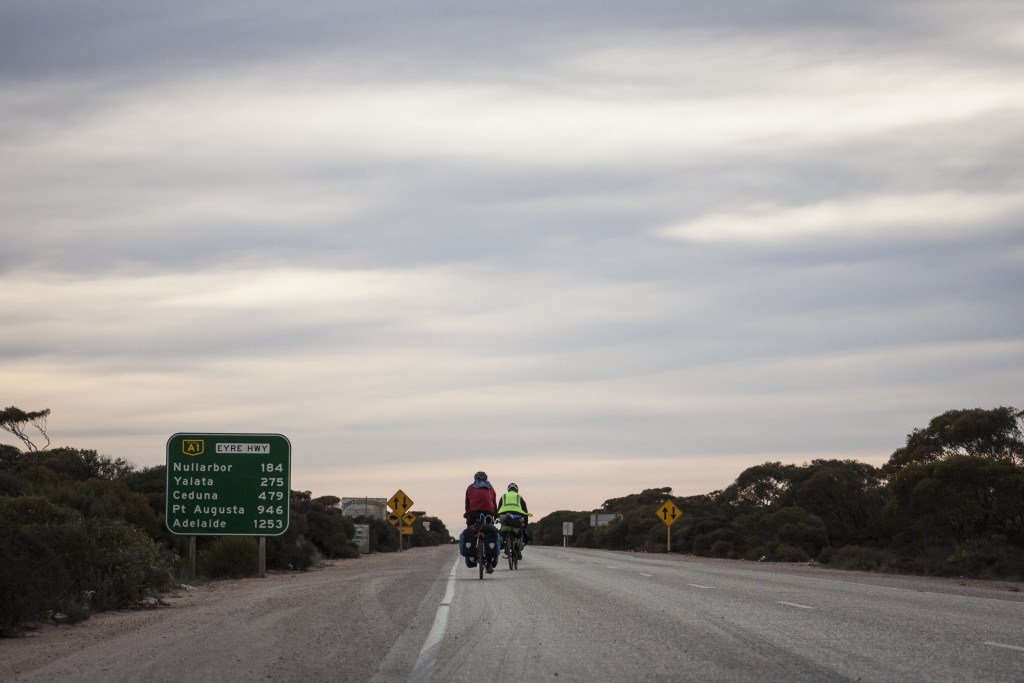